Posted by ligurealassio on 8 March 2020 | Featured

Short trip into history, Alassio from 1600 to today

“Alassio, where the horn was fished.”  John Raymond write on his diary, a piece of news perhaps drawn from a sailor of Alassio during his trip to Italy. In 1646 he certainly could not imagine what connection would have been created over two centuries later between his country England and that small village on the Ligurian coast.

Ten years later Mr. Francis Mortoft, having found no ships departing from Marseille to Genoa, he was forced to cross the Riviera Ligure  on foot through its olive groves stopping at Alassio for dinner and for the night.

In 1786, things began to change and that territory so unknown and dangerous became a fascinating stop for many travelers. So the botanist and entomologist Mr. Edward Smith stops in an inn in Alassio and he describes in detail the nature and presence of the large carob trees.
It is therefore no coincidence that General McMurdo and Mr. Gibb arrive on the train three years later, and together with their two spouses spend a winter in Alassio, they are so fascinated that they decide to live in Alassio permanently.

The landscape interest is also added to the naturalistic interest. Alassio has become one of the stops on the journey along the Riviera and in 1833 Alassio enters on one of  Mr. Thomas Roscoe’s tourist guides, the guide represents Alassio in a not  realistic way, but more than enough to tickle the curiosity and desire to see what is now becoming a  new resort.

Alassio slowly begins to gear up. On 1847 there are at least three inns. Lady Jane Freshfield complains about the poor quality of accommodation and food, but appreciates the beach with boats surrounded by fishermen.Henry Alford arrives in 1868, wondering how Alassio has not yet been praised for its healthy climate, it was due to the hills that surround it and protect it from the cold winds and on which beautiful villas could be built. In fact, shortly afterwards what he imagined will begin to take shape.

In these same years Mr. Thomas Hanbury began to buy lands in the bay of Alassio the goal was to resell it to English guests who wanted to spend the winter months and build homes with all comforts.
The secular isolation in which all the western Liguria found itself was broken by the arrival of the first train in 1872. Mr. Hanbury donates some land on which the Alassio station will be built, he indicated the clause that all trains should stop there.

It is therefore no coincidence that General McMurdo and  Mr. Gibb,  arrive together with their wifes three years later to spend all  the winter at Alassio, they was so fascinated that they decide to live in Alassio permanently. Mr. Gibb buys a guide behind the railway, whose gardens open to the public, will be mentioned in the most important guides of the time.
General McMurdo, on his own, buys a property where a building already existed  (the current  Villa della Pergola) that belonged to an ancient  family from Albenga.

Meanwhile, in 1878, Dr. Dickinson arrives, the first English doctor who begins to practice this profession in Alassio. He is joined by many other British who, although they did not find the comfort level of the  British empire, they are rewarded by the beauty of the bay, by the still unspoiled nature and by the advantageous prices. In short, Alassio is a new resort that attracts an increasing number of guests. In this same year, the first Anglican church  was built right in the station area, where in 1881 the first wedding was celebrated. Only ten years later an expansion will be necessary to cope with the increased number of faithful.

In 1888 the Irish painter  Richard W. West, lived permanently in Alassio in a house directly on the sea from which he can directly portray the beach and the fishermen. His works are exhibited in the “West Memorial Gallery” inaugurated by his wife after the artist’s death.

FROM THE EARLY 20TH CENTURY TO WORLD CONFLICTS

in 1900 the first English Club was born, which immediately became the most important meeting place of the British colony. Here concerts and theatrical performances, gala dinners and dance parties were held; inside there were also a pastry shop and the inevitable tea room, but also spaces for the game of bridge and even for fencing. Meanwhile the English villas on the hill are multiplying and a hotel is also  built.

After second world war, Alassio and the British was changed: tourism has also become summer and seaside, the public aqueduct has just started operating, the cafes are increasingly popular and in particular the English Club works at full speed.
The undisputed leader of the colony is now Mr. Daniel Hanbury,  Thomas Hanbury’ son, who in the 1920 bought Villino and Villa della Pergola; he also had the first tennis club  and the first library which immediately became one of the most important meeting places for the community.

The Second World War, however, breaks this harmony and prosperity of Alassio and many English people leave Alassio. Only at the end of the war some return to the city,  Tennis Club reopens and English Library  starts working again, but a new world has now come out: young people take other paths, the colony gets older and shrinks more and more. The demolition of the English Club marks the end of an era, even if a substantial heritage of culture, beauty and civilization still remains of this era.

ON THE PRESENT DAY

Today you can still visit the West Memorial Gallery with the paintings of the Irish painter, as well as you can still consult the volumes of the English Library. Even if only from the outside the massive neo-Gothic structures of the Anglican church remain clearly visible and, beyond the railway, on the first hill you enter the heart of the “English” area where you can admire the spectacular Villa della Pergola and all around the other villas . Only a few people know that the former hospital in Alassio also has a British origin, because it was born as a hotel, wanted and managed by two English ladies to host their compatriots. The path could end with  l’Hanbury Tennis Club, which has remained intact, but for the more curious, it is possible to go to the cemetery, where the “Campo degli Inglesi” is solitary and suggestive: here are the tombs of many of those characters who contributed, probably without knowing it, they changed Alassio ‘s destiny. 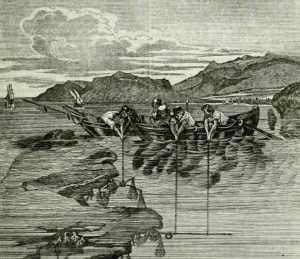 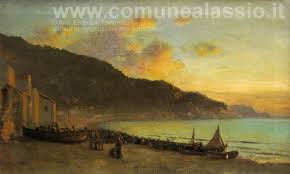