ALASSIO : SEA, BEACH AND MUCH MORE 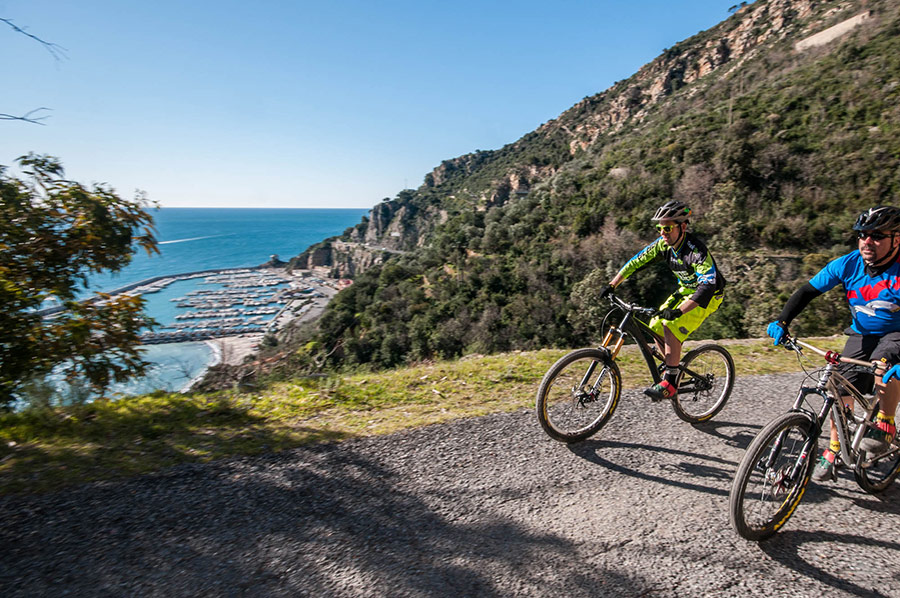 Alassio: sea and land, a perfect climate for long walks in the countryside, in all season

I summer months (but not only) it is the sea that attracts the greatest number of tourists, but if we leave for a couple of hours the seaside promenade or the sun-bed on the beach, we discover that the hill offers breathtaking views surrounded by the Mediterranean flora.

In this page of our blog, we want to point out one of the most interesting walks of our enchanting hill:

THE VIA JULIA AUGUSTA: wanted and built in the 13th century BC at the behest of the emperor Augustus to unite the towns of Alassio and Albenga, it constitutes a historical naturalistic route easily passable among the most suggestive of Liguria.

Starting from Alassio, the route starts from the ancient church of Santa Croce, built in 1169, past a stone side arch (which Sir Cecil Roberts defined as “The door of Paradise” in his novel set in Alassio) and immediately opens the Baia del Sole and for the entire route overlooking the sea and the Gallinara Island: a true paradise!

After walking a few hundred meters between cypress and eucalyptus trees, you reach the small church of Sant’Anna ai Monti, an ancient construction dating back to before the year one thousand, which is no longer accessible and desecrated and still has parts of frescoes dating back to the end of the fifteenth century.

Continuing the walk, in some sections, we still find the original Roman pavement, characterized by the “margines” on the sides and transversal cuts for the drainage of rainwater; just beyond the beginning of the Roman necropolis dating back to the 1st / 2nd century AD which will accompany our walk until the end of the journey. To get a more precise idea of ​​how the Julia Augusta should have appeared in the full imperial age, it is enough to travel a very short distance. Here are three funerary buildings lined up along the road axis.

The first is a tomb of the “a Columbario” type, the only one of its kind found so far in Liguria. It dates back to the middle of the 1st century A.D. The face is irregular, the so-called “opus incertum”, because it was covered with plaster in marble powder with decorations of which only a few shreds remain. Unlike the fences, it was also closed at the top with a sloping roof. Inside, which were accessed from an opening on the back side, the niches where the urns were placed with the ashes of the dead are still clearly visible today.

Near the columbarium, a long wall (about three feet thick) from another enclosure, where over 40 burials have been found, both for burial and cremation, which can be traced back to a period from the 1st to the 3rd century. A.D. Many of these tombs have yielded conspicuous funerary objects, rich in glass objects (and not only), partially visible today in the exhibition at Palazzo Oddo in Albenga.

Beyond the funerary monuments you reach Punta San Martino (above the tunnel the main road that joins Alassio to Albenga), where we still find the “Pilone” – tomb dating back to the 2nd century AD and behind the Pilone, the ruins of the Roman amphitheater.

On the way back, if you do not want to go over again the same route, at the end of the walk, you can take the bus to Alassio (tickets to be made on the ground).

If, at the end of the walk, you have been enchanted by the splendid towers that rise above the roofs of the medieval town of Albenga, do not hesitate any more … a few more steps and you will be seduced by the historic center, enclosed by the circle of walls and ancient doors.

An half-day excursion that you won’t easily forget