WAVE WALKING: EMBRACED BY THE WAVES 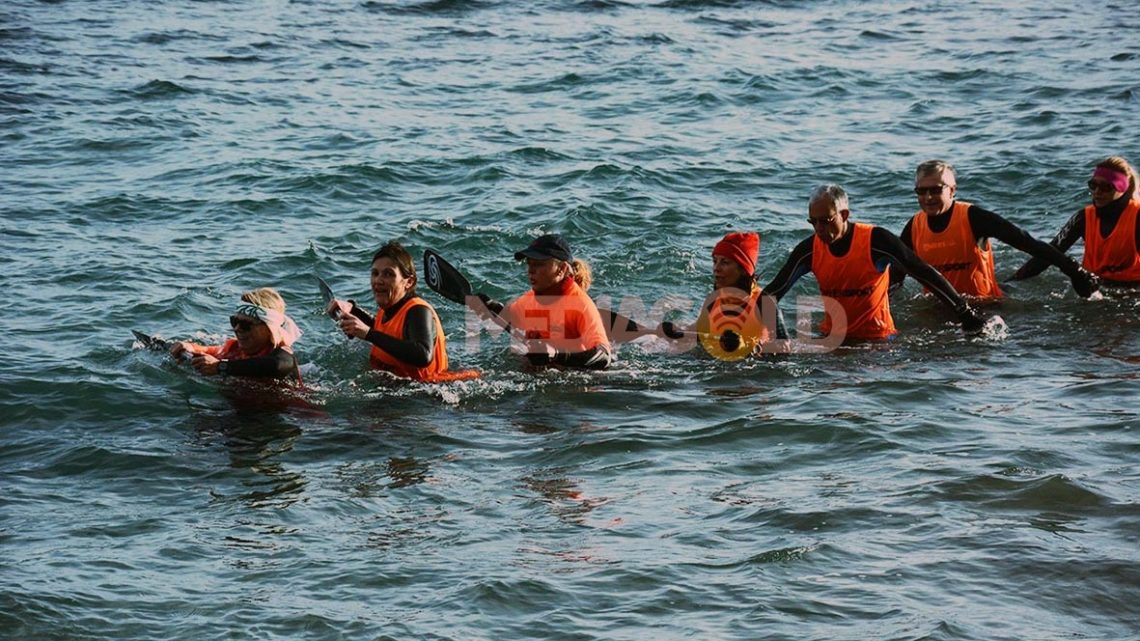 Posted by ligurealassio on 17 September 2019 | Featured

WAVE WALKING: EMBRACED BY THE WAVES

Exercise and therapy, immerse your body and mind in the water of our gulf, forgetting everything and indulging in the sweet, healthy embrace of the waves. A harmonic and aerobic movement toning every muscle in your body. Entering the water up to the chest height and performing a series of orchestrated movements is an activity for everyone, even those who are not sufficient swimmers.

This is Wave Walking, an activity started recently in France and immediately introduced in Alassio by two friends who fell in love with it. Their water walks along the beach, which here gently slopes into the sea, have quickly become a sporting proposal for tourists. Our mild climate allows this sport to be practiced all year round in an environment that, thanks to its unique beach, has proved to be the perfect location.

Maddalena Canepa and Lorena Rasolo are now federal instructors. The Alassio Wave Walking, which immediately had the support of the Circolo Nautico Alassio “Al Mare”, has about fifteen instructors who can accompany you during this experience at sea anytime of the year. About sixty are those who, as soon as they can, participate in the sea trips that are organized.

Last October on a beautiful summer day, after a single season of activity, a great result was achieved. Maddalena and Lorena, with their group, have organized a weekend dedicated to wave walking. After a competitive Saturday and the participation of a large group of French athletes, including the champions of this sport, a world record was set on Sunday. A long and spectacular line of 251 people entered the water resulting in a distance of 5 km. This non- competitive walk offered the competitors of all ages a view of our city from the sea and in turn a strange spectacle for the curious who gathered on the shore to watch.

Instructors and athletes from Alassio participated in the international wave walking circuit; firstly in Spain in February, and then onto Corsica, France and Tunisia. In Alassio in 2019 an appointment for this circuit is scheduled for the 5th and 6th of October.

It will be an opportunity to set a new record, which is why we are waiting for you all to join us and have fun together in this festival of sea and sport. For all information on Alassio Wave Walking activities please contact the CNAM Alassio secretariat on +39 0182 642516. 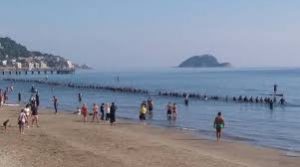